Bort (ボルツ, Borutsu) is one of the Gems who mainly do patrol duty. They are a diamond-class Gem whose hardness and toughness is top level. Because their body has tiny crystallization instead of large, the hits they receive are dampened and won't spread to the rest of their body, unlike Diamond.

They are a calm yet ruthless warrior and battle maniac.

Bort has a black color scheme and wears the standard winter or summer uniform depending on the season. They also wear long black gloves and black thigh-high socks.

Unlike the other gems, Bort's hair is not translucent. Their hair is very long, sweeping the floor or waving in the air when they move. Their hair appears to be two-toned, black on the outside and dark brown on the inside. They tie it before going to sleep.

From Chapter 71 onward in the manga, Bort got their hair cut by Sensei into a pixie hairstyle due to the damage Phosphophyllite done to their leg. The leftover hair after being used for their new leg is presumably turned into their new weapon: a whip.

They excel at battles and are obsessed with combat, to the point that when Phosphophyllite becomes stronger by gaining gold alloy arms, Bort tries to cut their alloy to see what it does despite the danger to Phos' health.

Bort is an efficient and analytic fighter, often pointing out the flaws in the other Gems in a blunt and straightforward manner. This causes them to be seen as cold and scary to the other Gems but also causes Bort to be respected and looked up to as a reliable Gem. Whenever Bort engages The Lunarians, the other Gems become instantly relieved.

Despite their harsh personality, Bort does have a softer side, in rare moments displaying a sense of humor and a reluctance to hit cute things. They have also shown care and concern for their siblings, or at the least does a good job looking out for all of them. Despite being scornful of Phos, Bort was among those who searched the hardest for them when they became lost at sea showing they do care to some degree.

At the beginning of the story, Bort looks down on the weaker Phosphophyllite, stating that it would be pointless to help them and that Phos would be better off as dust or gone. It is unknown if they were simply harshly joking or not. Nevertheless, Bort did help Phos in their own way. When Phos became stronger, Bort immediately saw their potential and wanted them to be partners. Bort displays more respect to Phos during that time, speaking in a less harsh but still blunt and straightforward manner.

Bort was partnered with Diamond for a long time before Phos, and they both have a deep relationship. Despite both being diamond-class Gems, and despite Diamond being the older one, Bort is stronger, tougher, and a better fighter. Not only that Bort also often becomes angry and scolds Diamond for their reckless battle style, considering them a hindrance when fighting. This has caused Diamond to feel jealous of their younger sibling, wishing that they could be on par with Bort. Nonetheless, they both care very much for each other. When Phos became stronger and replaced Diamond as Bort's partner, they were able to see view each other from a distance and realize how much they meant to each other. Around that time, Diamond was attacked by a new type of Lunarian using Bort to search frantically for them. When Bort saw Diamond fighting and receiving a lot of damage, they cried out "Nii-chan" (兄ちゃん/older brother) in alarm, the first time they were shown referring to Diamond in this manner.

The other Gems think highly about Bort's strength to the point where they become relieved whenever Bort fights the Lunarians. Bort's strength and harsh attitude often make certain Gems scared of them. After being paired with Bort, Phos recommended to Kongo that everyone should pair with Bort at least once to gain experience. Zircon was the first to do so, and they were struck with awe to the point of extreme nervousness. Zircon thanked Bort with extreme formality for the opportunity both before and after their first day together. Bort had not said a word to Zircon during this day, causing Zircon self-doubt. After consulting with Phos, Zircon learned to accept Bort's advice. Bort tells Zircon that they fight too recklessly in order to protect Yellow Diamond (Zircon's normal partner) and wants them to change their fighting style by relying on themselves. After becoming more comfortable around Bort, Zircon attacks them with a comb and hair brush because they think their hair is too dirty. (Diamonds tend to attract dust)

Bort or boart is a term used to describe dark, imperfectly formed diamonds of varying levels of opacity. Bort crystals contain too many impurities or inclusions and are not suitable for use as gems or jewelry. Instead, bort is used for industrial purposes as tools for piercing, grating, or cutting other materials. The lowest grade, "crushing bort", is crushed by steel mortars and used to make industrial-grade abrasive grits. Small bort crystals are used in drill bits. 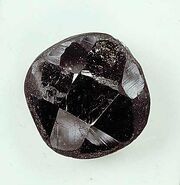 rough bort
Add a photo to this gallery

Bort as seen in the 2013 Promotional Video.

Bort as seen in the promotional cover of the 2017 Anime. 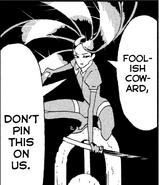 Bort in the manga 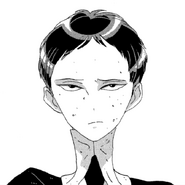 Bort reference
Add a photo to this gallery
Retrieved from "https://houseki-no-kuni.fandom.com/wiki/Bort?oldid=9938"
Community content is available under CC-BY-SA unless otherwise noted.